Cool Stuff You Didn't Know You Needed to Know... 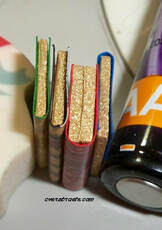 ​Or the page of useful, useless, oh, and unusual things...

I'm always coming across links of things I find interesting or helpful, so I'm sharing them here for others who want - or need - to know these things, too.